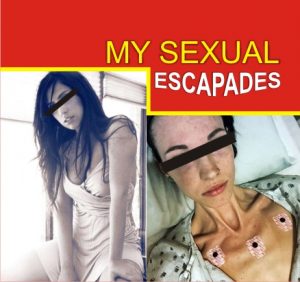 “Come, let’s drink deeply of lovemaking until morning, let’s delight ourselves with sexual intercourse”, says Jane to her boyfriend, Jude. “You can’t be too right, after all, body no be firewood”, was Henry’s response to the sexy offer made by Jane. Both Jane and Henry claimed to be in love and on several occasions had had sex together. Sometimes later, Jane was diagnosed and tested positive to HIV. About eight months after, Henry also started showing some symptoms of HIV, he was later tested and found to be positive. It was like a nightmare for both of them; so devastating. The shame, the stigma and the psychological pain was unbearable!
Jane once dreamed of becoming a successful lawyer. On several occasions, she had envisioned how she would be a very great advocate for the masses. She was wishing she could become a recognized voice in her generation, but she was deluded by the lies that sin offered her. She was a virgin till she attained SS1. While in SS2, in her second term, she got into a circle of friends who introduced their escapades to her. They told her she is missing a lot of fun by not improving her social life. Each one of them briefed her of their numerous boyfriends, both in their schools and in some higher institutions around. They showed her their personal worth, slick smartphones and other beautiful things their escapades have earned them. Their online life on facebook, twitter, Instagram etc. was quite fascinating. Some among them even proved to her how their sinful venture has enabled them to be the bread winner of their poor family at their young age. “It is a miserable life for you to be without at least one man you are going out with; you need a good man in your life”, so they said to Jane.
Jane joined them and within a little time she learned the ropes. Jane was having what they called good time until the tragedy struck while she was in her 300 level. In the midst of her escapades, she had gained admission to study Economics in a university and while in her 200 level she decided to reduce her sex partners to one at a time. She forgot that what kills in a poison is not the size. No matter how small a poison is, it kills! All along, unsuspecting families members still regarded Jane as a descent and innocent young lady. Her reformed life of sin could not help her as one of her sex partner had infected her with HIV in her 200 level. Her dream became shattered as her health gradually degenerated and she continued to fight to stay alive. Same sex created by God for good purpose had been used by devil to finish Jane. There is an appropriate sex; this is within a formal and legal marriage.
Dear reader, shun immorality and all sexual perversion; flee from all impurities in your thought, word, or lifestyle. Any other sin which a man commits is one outside the body, but he who commits sexual immorality sins against his own body. As a child of God, do you not know that your body is the temple, the very sanctuary of the Holy Spirit Who lives within you, whom you have received as a Gift from God? You are not your own. You were bought with a price, purchased with a preciousness and fully paid for, to be made Jesus’s own. So then, honor God and bring glory to Him in your body. If someone destroys God’s temple, God will destroy him. For God’s temple is holy, which is what you are (1 Cor 6:18-20 AMP, 1 Cor 3:17 NET).
Sin will make you sink! However, understand that you need the power of God to stand against sins including sexual sin. Without genuine salvation through Jesus Christ, all your personal efforts to live right will always fall like a pack of card on a table. You need to be delivered from sins otherwise you will end in hell eternally. You must be saved today! Beloved, do not harden your heart; you need Jesus in your life now.
To become saved, please say these prayers:
Heavenly Father, today, I receive your Son Jesus into my life as my Lord and Saviour. I believe and confess that Jesus is the Son of God. He came in the flesh and died for my sins. I confess all my sins and determine to forsake them all. I receive your Holy Spirit to guide me for the rest of my life (amen).
For proper discipleship, attend GOPEM Discipleship Institute (GDI). Please call any of these numbers for spiritual help
08036113135, 08063817923 or visit:
God’s Pillar End-time Mission (GOPEM) Incorporated,
SW9/115B, Olororo b/s, along Orita Challenge road, Ibadan, Oyo State, Nigeria